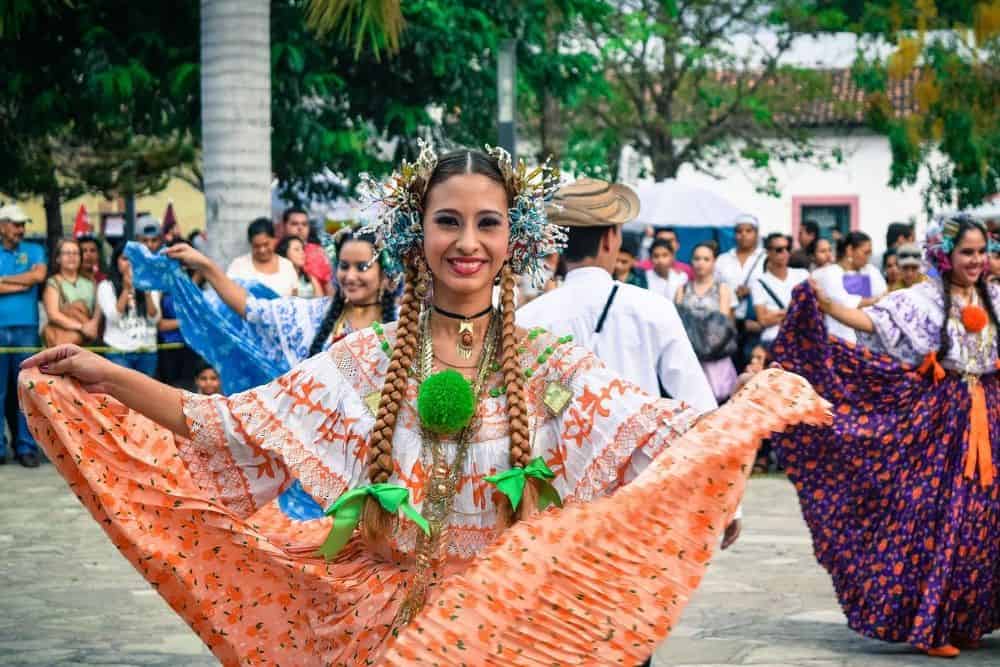 From surf and sand to vibrant nightlife and rich culture, Costa Rica is among the best tourist destinations in the world and a popular one among countries that start with C. A tropical country in Central America, Costa Rica also borders the Caribbean Sea and the Pacific Ocean, with over 1300 miles of beautiful coastline.

When we come down to the largest cities in Costa Rica, this is where the country is presented in such diverse and unique ways that you want to visit each one by one. Whether you are looking to swim, hike, explore nature, dine, or dance to exotic music, you will not miss out in Costa Rica.

I have dug deeper into each city to give you a feel of what awaits.

San José, with over 2 million people within its metropolitan area, is the biggest city in Costa Rica. It serves as the capital and is located in the center of the country. San José was founded in the 18th century and is at the center of Costa Rican traditions and modern achievements.

Apart from being a perfect departure point to different regions in the country, San Jose has enough attractions of its own. The top on the list is Art and Architecture.

Over the years, the city has stood out as a center of culture and art in Central and Latin America. Watching performances by the National Symphonic Orchestra at the National Theatre of Costa Rica should definitely be on your to-do list.

If you are traveling with your little ones, be sure to visit the Children’s Museum, just a 20 minutes drive from Juan Santamaría International Airport.

Ask the locals and they will tell you that Alajuela is the capital of the world. After all, this is the hometown of Juan Santamaria, the national hero of Costa Rica. It is the second-largest city in the country with a population of about 300,000 people.

The city is at the center of an agricultural community. Actually, trekking in coffee farms is one of the area’s main attractions- similar to hiking through tea plantations in Sri Lanka. Here, tours include making coffee right from berries picked from the farms.

Alajuela also hosts the Butterfly Farm. Since its founding in 1884, the farms offer guided tours to animal enthusiasts from all over the world.

Interesting Fact: In Alajuela, you can hike an active volcano. The Poas Volcano is an 8,880 ft-high active volcanic mountain with an over mile-long crater at the top. Also, the area around the volcano is a protected park with plenty of plants and wild animals.

Cartago is located less than 20 miles from the capital and is the third biggest city in Costa Rica. For over 200 hundred years it served as the capital and today has over 150,000 inhabitants.

Cartago is an industrial city that houses many international companies. Locals call it the “City of Fogs” due to sudden fog that engulfs the city.

This city is popular with pilgrims who come to attend mass at Our Lady of the Angels Basilica, a Catholic church built-in 1639.

The city is also close to Irazu mountain, an active volcano. This volcano is high enough for you to see the Pacific and the Caribbean sea- that is if you are willing to hike up 11,260 feet.

Liberia is located 134 miles from San José, the capital. The city has whites washed colonial houses and roads made of white gravel. For this reason, Liberia is commonly referred to as the ‘White City’.

As the largest city of the Guanacaste province, Liberia is a popular tourist destination. First of all, getting to the city is easy since Liberia hosts one of Costa Rica’s two international airports, the Daniel Oduber International Airport.

For a closer look at the area’s cultural heritage and the variety of wood, you can explore artifacts, architectural exhibits, and beautiful sculptures at Guanacaste and Artwood Museums.

Are you into water rafting? From June to October, the Tenorio River, which runs through Liberia, attracts many thrill-seekers. It has some of the best and biggest rapids for whitewater rafting.

Paraíso may not exactly pop above the rest when you are looking for the biggest cities in Costa Rica. However, for someone looking to enjoy a holiday surrounded by the beauty of botanical gardens, authentic Costa Rican cuisine, and serene parks, you just found your paradise.

Located about 5 miles from one of the bigger cities, Cartago, Paraíso boasts a farmer’s market with family-run restaurants. Here, you can interact with locals as you share local delicacies.

If you are intrigued by gardens, the Lancaster botanical Gardens will take your breath away. With over 600 species of orchids and other plants, the sight and the scent are just incredible and especially during the February-April flowering season.

Other activities include bird watching at Ujarrás village in Orosi Valley and exploring historic ruins and religious museums south of Paraiso.

Among the largest cities in Costa Rica, Limon is at number seven and is home to the Afro-Caribbean community. This is a port city located on the Caribbean coast, with about 125 miles of coastline.

Lush forest and pristine beaches define this city of about 58,000 dwellers. The region also comes with biodiverse mountains and scenic landscapes. Among its major attractions is Parque Vargas, a park filled with palm trees and the ever slow sloths.

The biodiversity of Costa Rica is also well represented by the Cahuita National Park in Limon. This is an 86 square mile- park made of hiking trails, coral reef, and turtle nesting grounds. You can also scuba-dive-to view an 18th-century shipwreck, manta rays, and sharks.

If you like the Caribbean lifestyle, Limon is your kind of place. From reggae and calypso to soca and ragga, this city comes with a special beach vibe.

On the Pacific side of Costa Rica is another one of the biggest cities in Costa Rica, Puntarenas. It is the capital of the Province of Puntarenas with about 100,000 people. The city is popular with tourists since it hosts one of the country’s main ports, Caldera.

The area is generally hotter than the inland with temperatures ranging from 860F to 950F. The favorable weather, a reliable railway line, plus a port that can accommodate large ships makes Puntarenas one of the most important Costa Rican cities.

The province also connects to the Nicoya Peninsula which is known for having some of the best beaches in the world. Ostional Wildlife Refuge is also found in the peninsula and is known for the over 500,000 turtles that come to shore for nesting.

Tip: Visit Puntarenas city in February. This is when the city comes to life with carnivals and music concerts. Both local and international enthusiasts attend.

This is a city on the eastern side of San José province and a part of the canton of Curridabat. As one of the oldest among Costa Rican cities, yet so popular with foreigners, Curridabat city offers just the right dose of the Costa Rican culture in a modern environment.

The city is particularly appealing to those looking to spend some time taking in some fresh air. Parks such as Central Park, Parque España, and Parque Morazán are irresistible.

If you would rather explore intellectual stuff, the city hosts the University of Costa Rica where the Museum of Insects is housed.  You may also get intrigued by the Costa Rica Railroad Station and the Legislative Assembly.

If you have kids, they’ll definitely love the local and exotic animals in the Simón Bolivar Zoo before you can go shopping or settle down for a meal at the Momentum Pinares shopping mall.

In the southern part of San Jose Province is the city of San Isidro, a town with a little over 45,000 people. It is located about 81 miles from the capital and approximately 131 miles from the Panama border.

Among the top things to do in San Isidro include sampling seafood, attending agricultural festivals and hiking. This charming town is also home to several national parks for both land and marine animals.

Hiking usually takes place at the Chirripo National Park. The name of the park is derived from the Cerro Chirripo, the tallest mountain in the country. Rising 12,533 feet above the sea level, the mountain offers some of the best hiking trails in Costa  Rica.

Hiking Tip: for a better view of the surrounding area and mountains, go for the 12.4 mile-long trail. The path has an elevation of  7,218 feet that takes you to the summit. And dress warmly; the summit can drop to 320 F, especially at night time.

San Vicente is a city of about 31,000 people in the Moravia canton, which is part of the greater San Jose Province. The suburb is the head town of the area about 5 miles from the capital.

Even with its proximity to San Jose, this town has unique attractions of its own. To begin with, San Vicente has some of the best residential areas that are open to tourists. Here you get to experience the typical Costa Rican family life and culture.

The town also comes with great hotels, bars, and restaurants. Apart from enjoying street food in San Vicente, you can take a chocolate tasting tour and even attend some cooking classes. Highly recommended!

Hospitality services aside, this side of San Jose is home to several institutions of higher learning. This city is also popular with tourists who come to rest in public gardens and parks in the area.

Costa Rica as a country has a lot to be explored. As you can see from the list of cities above, each of them comes uniquely packaged with attractions that are sure to amaze you. However, you can only get fully satisfied by visiting each city individually. Which city are you starting with?